Becoming real: The CPU in action on an FPGA board

Note: If you’re not interested in the details, there is a video at the end of the page.

All the RRISC CPU’s components and the RRISC assembler have now reached a level where they can be used to write real programs and run them on real hardware, utilizing a Xilinx FPGA.

As described in the previous section, I use a Xilinx Spartan-7 on the Arty S7 board from Digilent. The FPGA is programmed to contain: 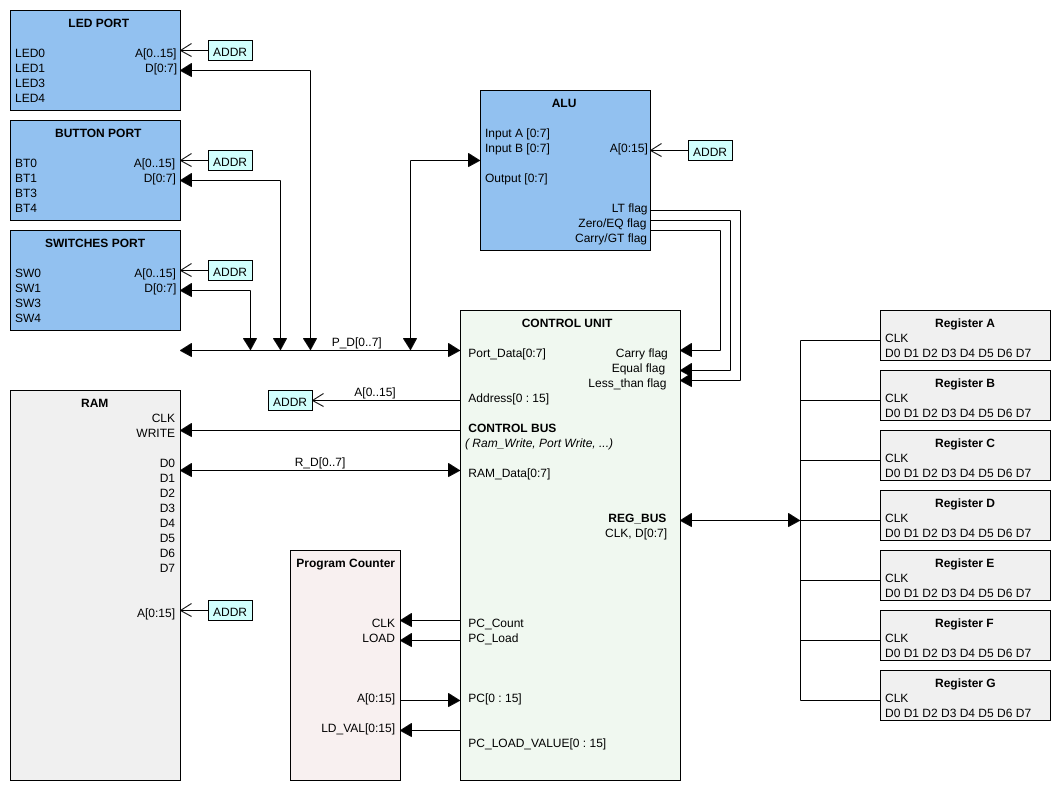 The CPU is clocked with 100 MHz, giving us 80 ns per instruction cycle. As a quick recap, a single instruction is executed in the following phases, taking 10 nanoseconds each:

Here is the code consisting of the main assembly file runninglight.asm and an include file arty.inc containing macro definitions for the Arty board and timing constants: 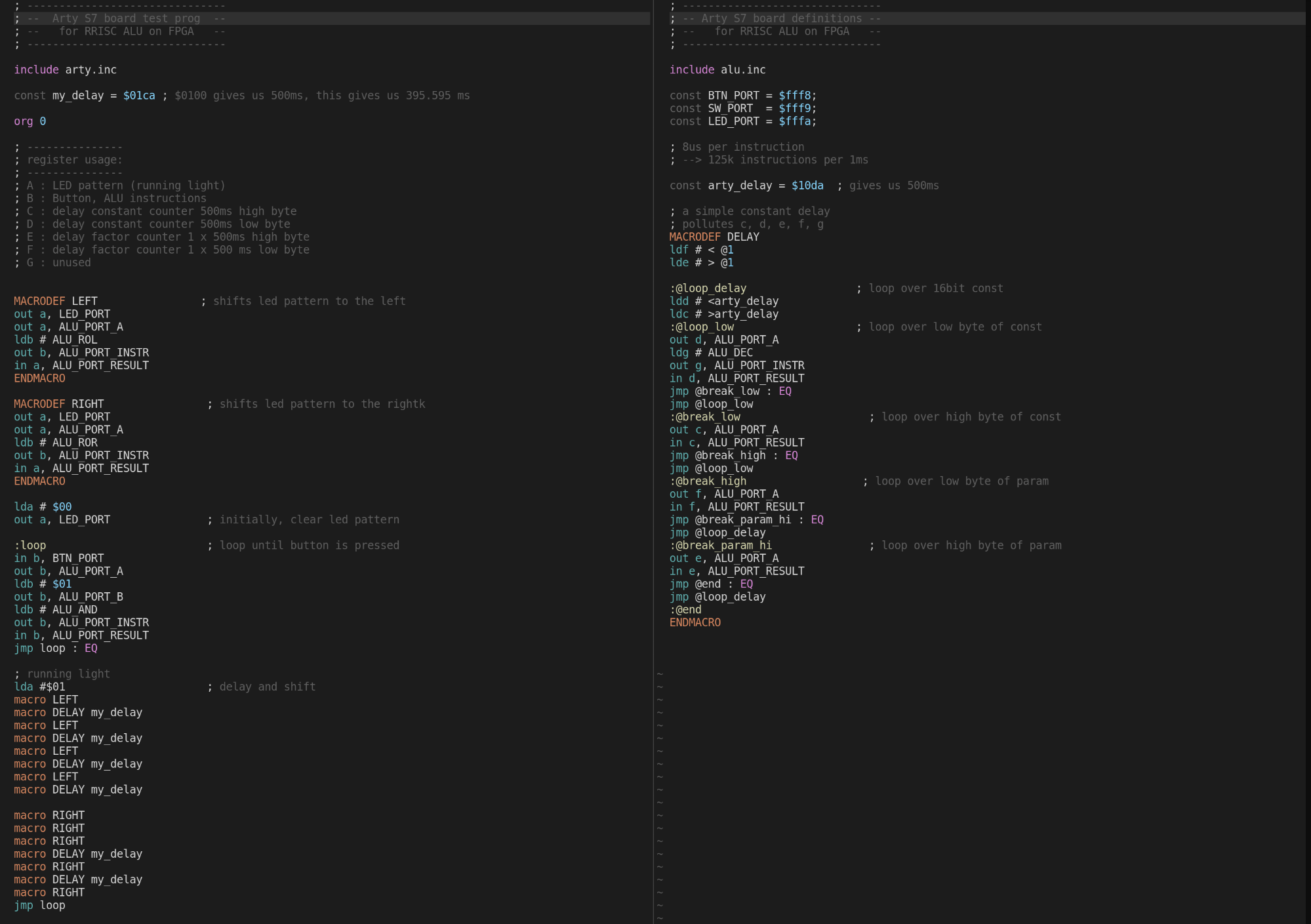 A simulation run shows (in the 1st line), that the LEDs are activated in the correct pattern:

So, let’s see it in action!